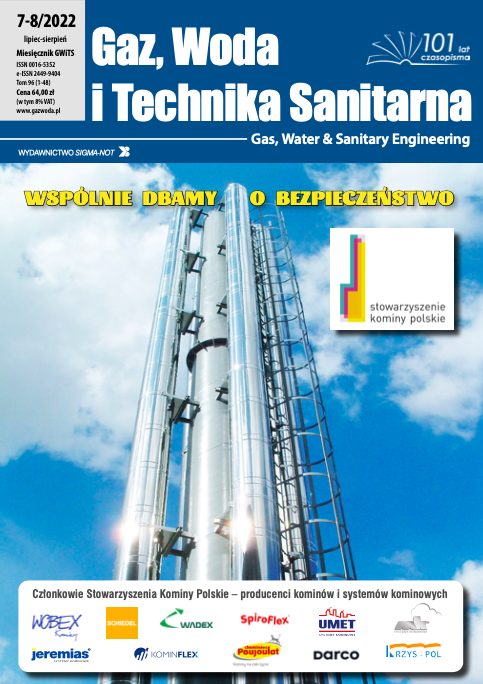 The article presents the applications of photogrammetric products obtained from low-ceiling flights through unmanned aerial vehicles. On the basis of performed test flight, the process of flight planning, image data collecting and products generating (DTM, DSM, orthophotomap) has been presented. Based on the generated source materials, examples of data analysis to evaluate level of progress and safety of construction works, has beed proposed. Application of unmanned aerial vehicles and low-ceiling photogrammetric flights has a significant impact on increasing quality of linear infrastructure construction process and safety of future pipeline operation. Implementation of work progress monitoring system based on UAV technology, allows the user to regular verification of performed by constructor tasks corectness and greatly reduces the risk in terms of health and work safety at the pipeline construction sites.

The problem of discrepancy in the indications of indices determining the scale forming or corrosive tendencies of water were presented, based on the results of conducted research of surface water. The article presents the results of research on the chemical stability of raw river water and contains description of methods used to determine various water stability indices, as well as, interpretations of their calculated values and comparison of their indications.

Hydrodynamic cavitation as a pretreatment method for lignocellulosic waste

In recent years, the effectiveness of hydrodynamic cavitation (HC) has been proven in many engineering fields. It has found several application in water, wastewater and waste technology, as well as in the industrial sector. Compared to other innovative methods used in environmental engineering, it presents several advantages, such as simple construction of reactors, easy operation and low operating costs. Importantly, HC can be easily combined with conventional and commonly used technologies in water and wastewater treatment, as well as waste management. The paper presents a set of experiences in the field of application hydrodynamic cavitation as a method of lignocellulosic waste pre-treatment, allowing for improving its biodegradability.

The idea of a circular economy as an alternative to a linear economy model is the use of waste generated in the life cycle of products. Until now, the unavoidable waste generated during wastewater treatment – municipal sewage sludge – has required an individual solution for its management in every treatment plant. The management of sewage sludge is determined by its properties, the capacity of the treatment plant, the costs and the applicable legal status. Bearing the above in mind, the article presents methods of raw material use of sewage sludge. A particular emphasis was placed on the introduction of sewage sludge to the raw material mix of building materials. It has been confirmed that the implementation of a circular economy as part of sewage.

Abstract The work includes an analysis of the possibility of using water and sewage pipes remaining after the construction of a network section, in terms of a closed-loop economy. The analysed materials used for the construction were: • water mains: ductile cast iron and polyethylene, • sewerage: stoneware and polycarbonate. Based on designs of existing networks in Warsaw, it was determined how much material would remain after a pipeline was built using a given material and how the material remaining after construction could be used within the framework of GOZ. The possibility of using the material in the construction industry was analysed and its application in a wider aspect of the economy was verified.

The paper characterizes the circulation of phosphorus, nitrogen and organic carbon in a biological wastewater treatment plant (WWTP) with a digester and composting facility. The amount of nutrients that can be hypothetically recovered in a WWTP with a load of 70 000 P.E. was estimated. Technologies used in the treatment plant allow to process organic waste and recover valuable elements for the soil (phosphorus, nitrogen and organic carbon) and energy. The production of biogas, with the maximum use of organic waste generated by residents, allows the recovery of 1126 Mg of organic carbon annually and the generation of about 12.6 GWh of energy. The most rational form of organic waste recycling is the production of compost with fertilizer parameters. It has been estimated that the production of fertilizer makes it possible to recover 30% of carbon, 98% of phosphorus, and 18% of nitrogen from the streams of these elements entering the WWTP. In order to obtain compost with good fertilizing parameters, it is necessary to implement waste segregation at the source of its production. It is also very important to reduce the amount of ferric coagulants used in the wastewater treatment process to precipitate phosphorus compounds, due to the fact that they enrich the compost in the form of iron(V) phosphate(III), which is an unavailable form of phosphorus. Therefore, the possibility of their partial replacement by waste magnesium salt is presented, which leads to the precipitation of magnesium ammonium phosphate (struvite) well available by plants. The paper presents, in the form of a diagram, the cycle of the carbon, nitrogen and phosphorus cycles in the WWTP and develops a spreadsheet to estimate the extent of nutrient recovery in the compost, allowing the production of energy to be determined by quantitative selection of organic waste for fermentation.

Application of Pd/γ-Al2O3 catalyst to remove diclofenac from water

Herein we investigate alumina-supported palladium catalysts’ properties in water purification from diclofenac. Three different pretreatment conditions subjected Pd/γ-Al2O3 catalyst prepared by incipient wetness impregnation. The resulting materials were characterized by CO chemisorption and TEM. We have shown that catalytic performance of 1 wt. % Pd/ /γ-Al2O3 in hydrodechlorination of diclofenac depends on the pretreatment conditions. The highest activity has shown palladium catalyst pretreated under the mildest conditions. 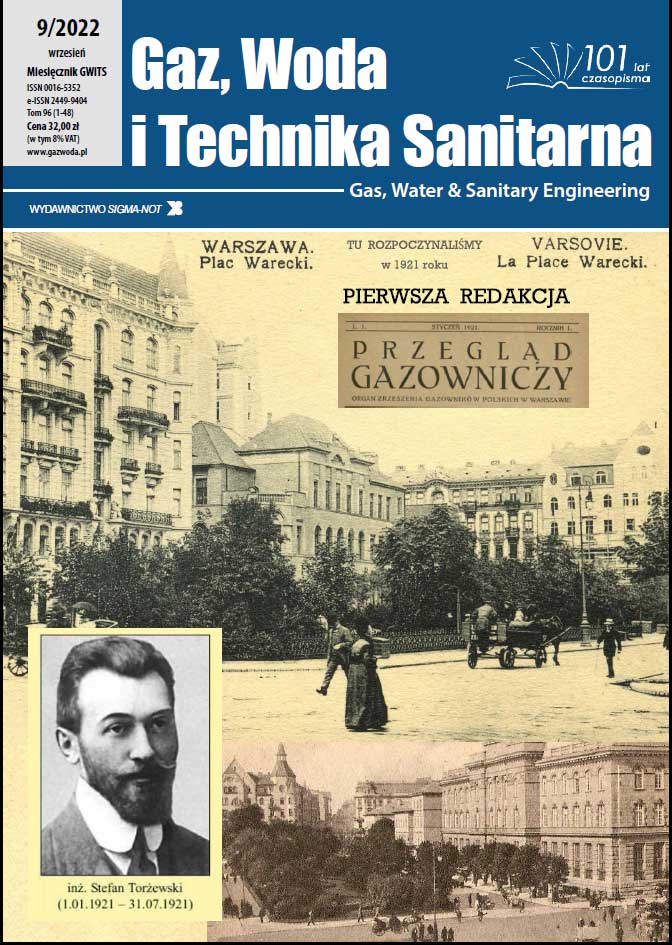